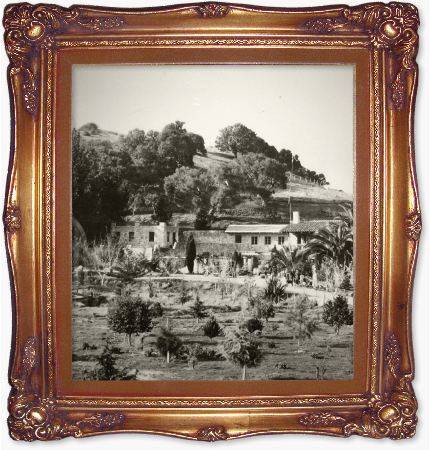 The name Tarpy comes from Matt Tarpy, an Irish settler who in his day, was a well-liked vigilante living in present-day Watsonville. Tarpy sold a portion of his land to Sarah and Murdock Nicholson and not long after, a dispute ensued over property boundaries. Tarpy’s sense of summary justice got the better of him and he shot Sarah “accidentally” nine times! After being found guilty of killing Sarah, an angry mob decided it was Tarpy’s turn to pay. He was publicly hanged in an area now known as Tarpy Flats.

The beautiful stone building that is home to our 3.5-acre restaurant was originally part of the Ryan Ranch family homestead. The structure dates back to 1917 when Mr. and Mrs. Charles Ryan bought 454 acres of rolling hills and meadows, then known as Saucito Ranch, and built their dream home. Through the years the building changed hands — Tarpy’s Roadhouse opened in 1992.

Debbie Edwards
GENERAL MANAGER
Born and raised in Monterey, Edwards has spent most of her life in the restaurant business, serving celebrities such as Lucille Ball, Carey Grant, Clint Eastwood and Merv Griffin.
Edwards came to Tarpy’s Roadhouse in April of 1993, first as a server, then was promoted to manager in 1996, becoming General Manager in 2000.
Her love of the restaurant business, customers, and staff, has made Tarpy’s a local favorite for years.

Gabriel Arguelles
EXECUTIVE CHEF
“Gabby” practically grew up in the Tarpy’s kitchen, starting as a prep cook and working his way through the ranks. He has assembled an impressive repertoire of culinary talents along with a unique style that has helped shape the Tarpy’s you know and love.
Chef Arguelles’ flair is apparent throughout the menu and in daily additions where he crafts delicious “California Country Comfort Cuisine.”

Andreas Diaz
SOUS CHEF
Chef Diaz has spent the majority of his career in the Tarpy’s kitchen. Beginning in 1993 he has dedicated his career to sourcing local ingredients and crafting exceptional food. His talents shine through on desserts, where his artistry is on full display in items like Chocolate Espresso Bread Pudding and our Old Fashioned Coconut Cake.

Colleen Balzano
BAR AND SPIRITS MANAGER
It’s no stretch to say that Colleen Barzano’s whole adult life has revolved around the restaurant business.

“Restaurants have been my thing,” says Colleen, who has been the bar manager and spirits director at Tarpy’s Roadhouse for the past seven years. “My first restaurant job was when I was 17, at a local Italian pizzeria. That started my love of restaurants.”

Originally from Queens, New York, that job as a teenager was in Pennsylvania, which lasted two years and led to another restaurant job in the state, where she says she learned everything she knows about restaurants, from serving, bartending and creating cocktails to managing one.

Meanwhile, her mom had moved to California, so she invited her to come out. Monterey, after all, was a hub of great restaurants and she lived near a pretty good one. So, Colleen applied for a server’s position at the restaurant — Tarpy’s — driving out a couple of times from Las Vegas for face-to-face interviews.

That’s when Tarpy’s GM Debbie Edwards, seeing her long experience behind the bar, asked her if she wanted to be bar manager instead. She started as bar and spirits manager in August 2013, and has been there ever since.

When she’s not creating new cocktails, Colleen likes to spend her time outside, walking on the Rec Trail and traveling (pre-coronavirus) to such in-state destinations as San Francisco and Pismo Beach.

“It’s a fun and energetic place to work and we have the opportunity and freedom to be creative,” she says about Tarpy’s. “They have trust in me.”

After working in sales for 8 years, Chelsey found herself at Tarpy’s on her way to becoming the head hostess. She was recognized for her exceptional customer service and later became a fill-in manager as well. After obtaining her medical administration degree, she took a short hiatus to pursue the medical field, where she realized her heart was in the hospitality industry. She returned to Tarpy’s to take on a new and exciting role as wine manager, and is really looking forward to this next chapter!