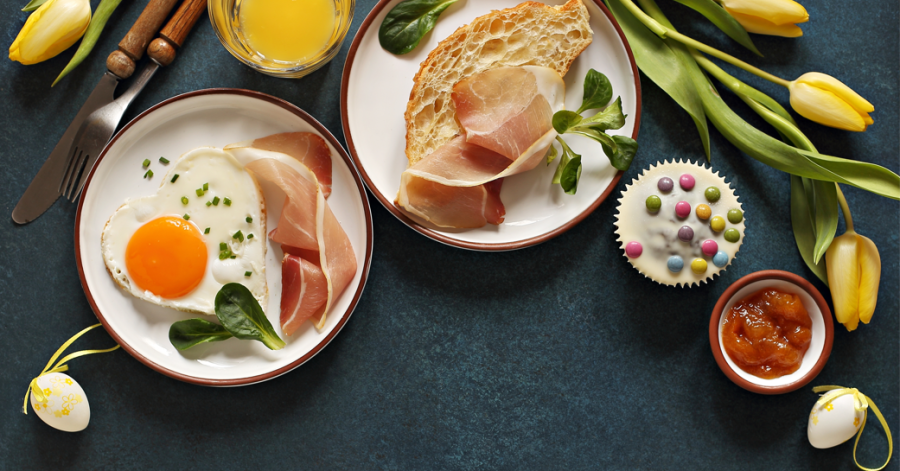 Easter is less than two weeks away, and everyone is looking for a way to mark this day.

In each case, properly made food is a necessity.

As always in Monterey, Tarpy’s is everyone’s favorite, and this Easter, we’re offering a special menu that will please everyone in your family! Our special Easter menu..

The Good Old Days Festival happening in Pacific Grove is the biggest event in Monterey. It has everything, from a parade and live music to family-friendly activities, food, and drinks. This year, the festival is happening on May 7-8, and there’s sure to be something for everyone.

A parade will happen on Saturday starting at 10 am that winds through downtown Pacific Grove. The parade is always a popular event that includes marching units and color guards from the Army, Marines, Navy, and Air Force. It can’t get better than this.

The Hyundai Monterey SportsCar Championship is happening at Laguna Seca from 29th April to 1st May. This exciting event will feature some of the best sports cars in the world competing against each other. If you’re a fan of sports cars, this is an event you won’t want to miss.

There will be a variety of races taking place over the three-day event, so you can expect to see some thrilling action on the track. The cars participating in the championship are all high-performance sports cars, so it’s definitely going to be an..

In partnership with Coastal Roots Hospitality, Wildlife Ventana Society is holding a fundraiser at Tarpy’s on 9th April to improve the ​Space for Meaningful Outdoor Recreation and Education (S’MORE), located at Andrew Molera State Park in Big Sur.

This is an important project as the park is a significant visitor destination. The S’MORE facility provides a space for locals and visitors to learn about the local environment and its wildlife and participate in outdoor recreational activities.

This place is a vital resource for the..

The WeatherTech Raceway Laguna Seca has announced its 2022 event schedule for another year, and this time, it’s bigger and better.

If you love sports car racing, this is an event you’ll want to make the most out of. With capable premiere partners like Coastal Roots Hospitality handling the catering sector, the event will be far from a disappointment.

Have no idea what it is all about? Read on to find out.

Did you know that gray whales are nicknamed “the devil fish”?

This nickname is a result of their aggressive nature when harpooned. Another fun fact is they are the only living members of the baleen whale family.

What sets them apart from other families of the baleen is their feeding habit – they are predominantly bottom feeders.

Want to learn more fun facts about the gray whale?

Join us in celebrating the return of the gray whales to Monterey Bay in the Whalefest Monterey Festival at and around the Old Fisherman’s Wharf and..

Steve- O, most people know him from the stunts he performed in the controversial American series, ‘Jackass.’ He’s also a stand-up comedian, a clown, a singer of Canadian and English-American descent, and a New York Times best-selling author.

On the 27th of February, 2022, Steve-O will be gracing the Golden State Theatre with his ill-advised bucket list, which in the first place, he never thought he could go through with.

However, as you already guessed, this stunt performer managed to conceive and pull off every idea from his..

The Comedy & Magic of Robert Hall is coming to the Monterey California Theater Event on 18 January 2022. This show will have you laughing all night long! With over 20 years of experience, Robert Hall knows how to keep an audience entertained. His impressive blend of comedy and magic is sure to leave you mesmerized.

Robert Hall is a world-renowned comedian and has been entertaining audiences for more than thirty years. He has performed in more than forty countries, and his show is full of hilarious jokes and audience..

Are you a fan of Charley Crockett? If so, come to the Golden State Theatre in Monterey on November 18th to watch him perform live.

The award-winning country musician recently released his album ’10 for slim,’ and he will be performing songs from it at Monterey.

His music is loved by many country fans across the globe for its simple lyrics combined with elements of rap.

Also, he is known for his unique style of dressing especially his signature designer cowboy boots. He often pairs them with flashy shirts or bolo ties and always..

Are you looking for a fun event to attend this November? Cali Roots: The Baja Sessions is the event for you. This November, Monterey will be host to Cali Roots, and it is going to be four days of unlimited fun.

Billed as “a celebration of California’s musical diversity,” this year’s lineup includes an eclectic mix of artists, including Dirty Heads, Sublime With Rome, SOJA, Atmosphere, and many more.

The live performances will be accompanied by jam sessions on the beach, boat parties, poolside DJ sets, snorkeling excursions, and..